Go back to articles 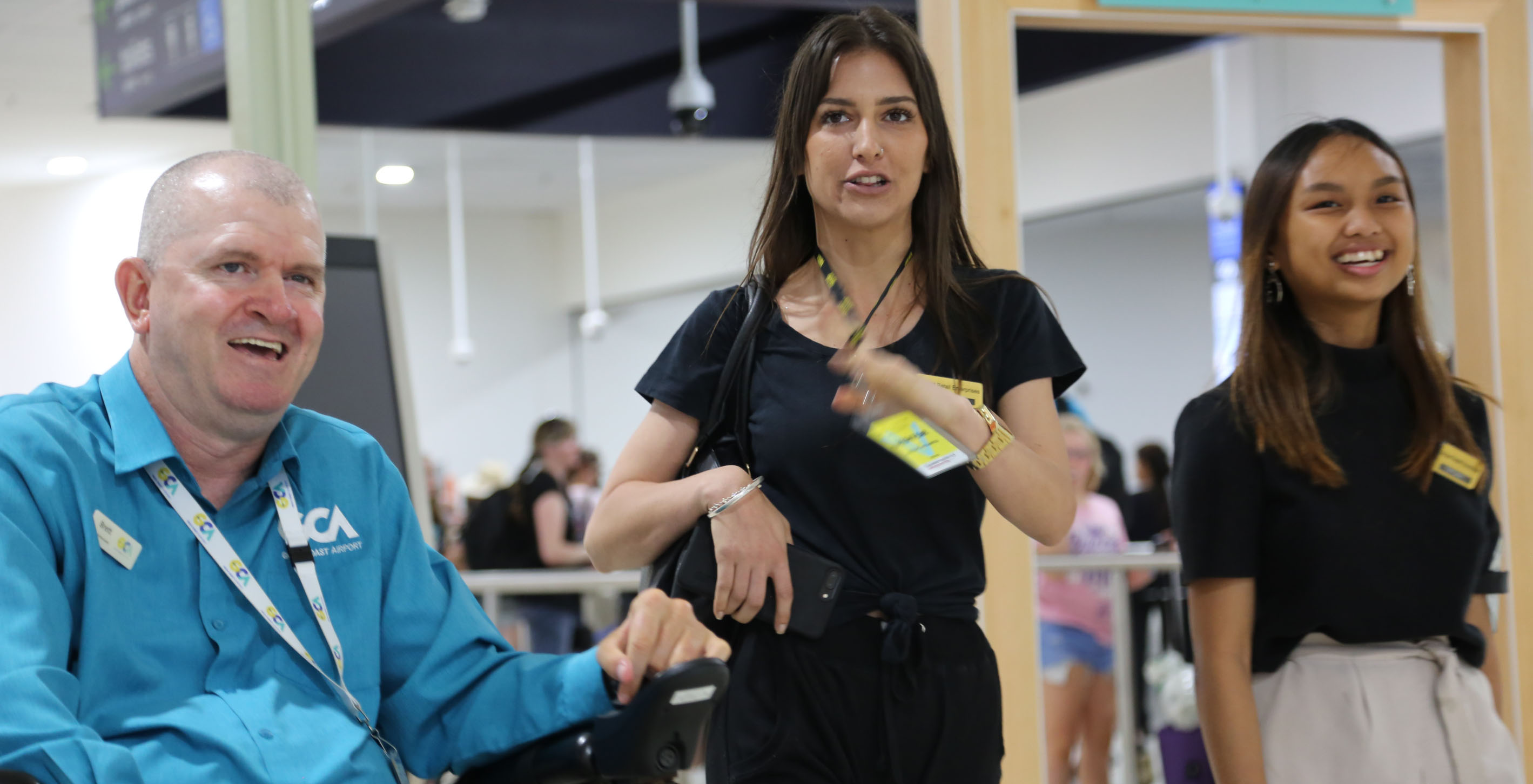 Twenty-five years after becoming a quadriplegic after an everyday tackle during a game of rugby league, Brett Morris has finally secured employment.*

Mr Morris was just 21 years old when he sustained the life-changing injury.

“I was playing a game of rep footy and just doing a normal tackle when one of the other players came over the top of me and landed on my head. It was then I heard my back crack,” Mr Morris said.

“At first, I was a quadriplegic from the neck down, but about three to four months after the accident I began to get some feeling back in my body and get some movement back in my arms,” he said.

Mr Morris has been confined to a wheelchair for the last 25 years, unable to find work. His love for the travel industry was sparked by a trip to New Zealand two years ago.

“I went on a trip to New Zealand and loved it so much, I thought wouldn’t it be good to get a job in this industry?” he said.

“So, I studied for six months and signed up to become a volunteer ambassador at Gold Coast Airport. Pretty much the next day I was called in for some training and have been here ever since. I love it.”

Stationed at the airport’s new Information Desk in the terminal’s busy check-in hall –specially designed to accommodate his wheelchair – Mr Morris helps passengers navigate their way through the terminal.

“I can help passengers with anything from luggage to tickets, anything I can do to point them in the right direction,” he said.

“I enjoy helping people to get where they need to go. It’s never dull, you meet all sorts of people from around the world. I love it. This new role gives me a sense of pride and the opportunity to travel again.”

Mr Morris so impressed operators at Gold Coast Airport, he has now been offered a paid position at the terminal through contractor Airport Retail Enterprises, which manages staff in the busy food and beverage section.

“One of our biggest hurdles in the hospitality industry is staff retention, so it is really important we do whatever we can to ensure our staff are happy and looked after,” Mr O’Brien said.

“The best way to do this is through regular engagement with management and I thought, given Brett’s excellent people skills, he would be the perfect person to facilitate these performance-based discussions.

“It has worked out better than I could have imagined. These discussions can be quite daunting for employees, especially younger workers who may not be used to it. Brett puts them at ease straight away, he is so approachable.”

Mr O’Brien said in the days after first employing Mr Morris, he had devised an innovative way to streamline the process and complete corresponding paperwork. Since then, his role has grown to include staff induction and helping new staff navigate their way through the airport.

“Brett knows this airport better than anyone of us, so who better to show our new staff around the terminal?” Mr O’Brien said.

Mr Morris is now working about three days per week in his new HR role, including some flexi-time on his computer at home completing paperwork.

“We have noticed a definite cultural change in the workplace since Brett started with us,” Mr O’Brien said.

“His enthusiasm and passion is infectious. He has helped us really focus on people’s strengths and what each person can bring to our business. It has been one of the most rewarding things I have ever done. Brett has got ideas I wouldn’t have thought of and his role just grows every day.”

“Since establishing our Gold Coast Airport Ambassador Programme in November 2016, it has grown from 36 volunteers to a team of more than 65 – and growing,” Ms Charlton said.

“Brett has been such a wonderful addition to our team as a volunteer, we are so pleased to be able to help facilitate him in his new role.

“It’s stories like Brett’s that makes working at Gold Coast Airport so rewarding, not only for our team but for our customers too – a happy workforce equals a happy passenger experience.”

*Gold Coast Airport will be marking International Day of People with Disability on December 3 with special activation in the terminal.